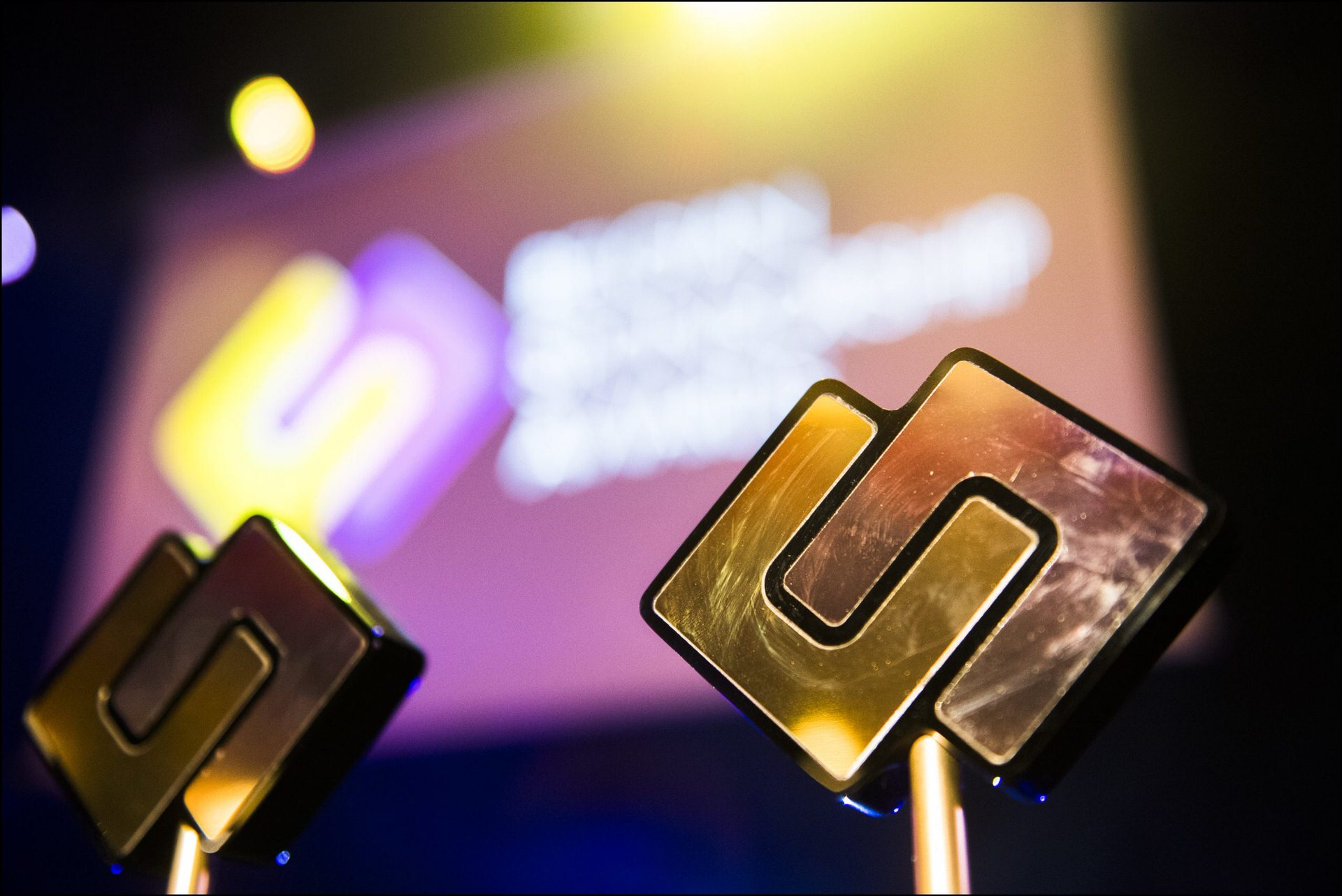 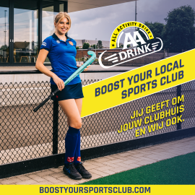 As the sports drink for all local sports heroes, AA Drink not only wants to boost sports performance, but also the clubhouse that is closest to their heart. A clubhouse is important. It’s the place where local athletes meet each other, take their first steps in sports and enjoy themselves in a healthy setting. Due to Covid-19 all our local sport heroes saw their favourite gyms, sports clubs and cafeterias close their doors. To support all the sports clubs in Belgium & The Netherlands AA Drink launched the “Boost your Sports Club campaign”. The idea was simple. This campaign allowed members to nominate their clubhouse via a website. Once registered, each clubhouse received 10 free trays of AA Drink which could be sold by the owner of the clubhouse. No costs for the owner, and a 100% profit for the clubhouse if all the drinks were sold.

Loneliness is a societal problem, before, during and after Covid-19. Fighting Loneliness Together is a long term campaign of pure AG social corporate responsibility. Not trying to sell a product or service, but based on survey insights of a societal problem, using AG communication power to actually help Belgian people. The approach was totally in line with AG’s core business of health care, prevention and the AG brand DNA of solidarity and being a supporter of your life.

Cycling is a sport that has been in AG’s DNA for years. This was demonstrated once again when AG concluded an agreement in early 2021 as the new Main Partner of the Ardennes classics Liège-Bastogne-Liège and Flèche Wallonne. This campaign within that agreement was given the name AG Musette and participants could win a package of local produce (called a musette in a nod to the bag that riders get during the race) and enjoy the Ardennes classics at home! The partnership was developed together to meet four clear criteria: • Show the strong link between AG and road cycle racing in Belgium • Showcase the local character of both races • Develop a concept that focuses on events without audiences (coronavirus-proof) and therefore focuses on the experience at home • Appeal to the general public, not just die-hard fans. 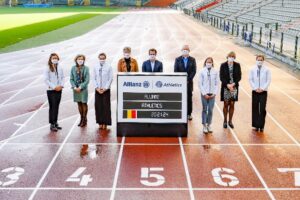 As of 1st January 2021, Allianz became the lead sponsor of athletics in Belgium for 4 years. Allianz is the new title partner of the Allianz Memorial Van Damme, main sponsor of the national and regional federations and a number of athletics ambassadors including legends such as Kim Gevaert, Paralympic champion Peter Genyn, and  rising stars Rani Roisus, Thomas Carmoy and the Belgian Cheetahs Team. A sport with national reach, high levels of interest and the ability to partner at all levels gives Allianz a unique opportunity to promote its brand all year round, to create national and local business opportunities, and to develop incentive programmes with the Allianz Ambassadors for employees and customers. 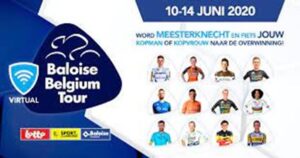 Creating brand awareness and connecting with brokers through hospitality and with the public through media coverage and ticketing are important goals for Baloise. Baloise taps into Belgian fans’ emotional connection with sports and for cycling in particular. In 2020 connection became even more important when designing alternatives to postponed events. The Baloise board wanted to maintain its commitment to continue its sponsorship strategy and show solidarity and support for the heavily hit culture and sports industry in Belgium. Baloise wanted an innovative virtual alternative for the Baloise Belgium Tour – not a second best, but a new and very visible way of building connection to the brand. The concept was a five day long virtual cycling challenge for pros and amateurs. But Baloise wanted to maximise the audience and sharing the effort and perspective was important to stay in touch with everybody, including the fan who did not participate in the digital event. This led to one ambitious SMART objective: for the Tour to be featured on prime time Belgian TV News. This objective was achieved. 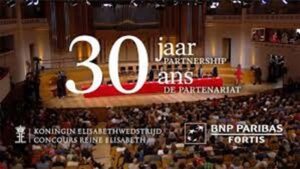 For BNP Paribas Fortis, promoting and supporting culture is an essential part of their social engagement and the bank sees the cultural sector as crucial to our mental well-being. The 30th anniversary of support for the Queen Elisabeth Competition occurred in the midst of an unprecedented cultural lockdown, but this exceptional birthday was kept in the spotlight with an intensive 360° communication plan ensuring a dialogue between different audiences and stakeholders and guaranting a broad national and international reach. With this anniversary year BNP Paribas Fortis were able to reinforce their claim #WeLoveCulture and to offer young talent opportunities, lower barriers and to make classical music accessible to the widest possible audience.

Seeing that amateur sports clubs have been particularly affected by the global pandemic, Carrefour launched a solidarity campaign called “Support your club”. With the purchase of a certain amount and participating products, customers received support codes. These customers could then allocate these codes to the local club of their choice. Thanks to these codes, the clubs then had the possibility to order products or experiences from the Carrefour catalogue dedicated to this action. In total, almost 2,800 clubs from more than 700 municipalities signed up for this action with more than 60 sports disciplines represented, from the more traditional ones such as football and basketball, but also diving, horse riding, baseball and martial arts. 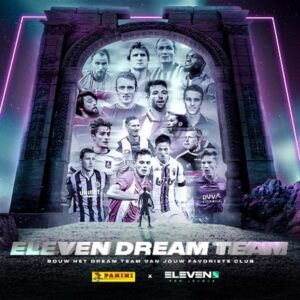 This on-screen fan experience used a unique digital activation and returned excellent ROI against a very modest budget. ELEVEN SPORTS and the Belgian Pro League began their new TV soccer rights deal at the beginning of the 2020/21 season. They decided to reinforce and prove Eleven’s “By The Fans, For The Fans” message by launching the “Eleven Sports Dream Team”. Fans and clubs deprived of live matches were given a once in a lifetime opportunity to share their love of their team by accessing an online image bank of specially digitalised Panini Stickers. These went back 49 years and totalled more than 20.000 stickers, allowing fans to select their favourite all time players, formations and team coaches. This is the first time that Panini have done this, and the success of the campaign lies in this novel digitalisation and the unique celebration of the fan’s heritage created by ELEVEN, the Pro League, the clubs and Panini.

ING wanted to leverage their football partnership commercially to increase its number of primary mobile customers. The branding phase of the campaign focused on spreading the Football Madness digitally using gifs. The objectives were to impact on brand consideration, NPS and to energize ING staff after a difficult year. The gifs saw substantial uploads and a very positive effect on brand consideration.

ING – Manager of The Year

ING is a major sponsor of the “Manager of The Year” organised by Roularta. This is a bold example of using a B2C approach to a B2B event backing ING’s new tagline and accompanying strategic approach in Belgium: “Do your thing”. Making Jack (the dog) the mascot of the campaign was original and provided a conversation starter for commercial conversations. This positioned the brand as the number one sponsor of this landmark event and the number one partner for top CEOs.

The Port of Antwerp has a partnership with Royal Antwerp Football Club (RAFC. As well as traditional returns such as hospitality and visibility, the Port of Antwerp together with RAFC took it a few steps further. In February 2020 they organised a joint job fair reaching the target groups in an alternative and efficient way.  42 participating companies and 2.500 participants, plus media coverage made this a  successful first edition.

Together with Proximus the RFBA looked for two social hosts that were ready to report the match day experiences by following the supporters and becoming the voice towards the fans. The two Red Reporters were sought during a talent contest, which was covered extensively on RFBA platforms, together with Proximus. Over 140 participants submitted videos.

The RFBA decided to produce post-match videos in collaboration with Proximus and after every international home game, and published a video with a different view on the match. These featured  a famous Belgian influencer (alternating between Pablo Andres in French and Christophe Stienlet in Dutch) and some of the players. This content is in line with the marketing campaigns of Proximus, creating not only engaging content, but also strengthening the #ThinkPossible campaign of Proximus.

Soudal has been title sponsor of the Lotto Soudal Cycling Team since 2015. On a strategic level, there is an excellent overlap in terms of target group, geographical coverage and brand fit.  Monopoly Koers is the cycling version of the popular board game and this sponsorship was activated with two promotions: a B-to-B promotion for shops that bought displays, and a B-to-C promotion with boxes of the game signed by our riders. The promotions were supported by an activation movie ‘Lotto Soudal plays Monopoly that gained 228.000 viral views.

This website uses cookies to improve your experience while you navigate through the website. Out of these cookies, the cookies that are categorized as necessary are stored on your browser as they are essential for the working of basic functionalities of the website. We also use third-party cookies that help us analyze and understand how you use this website. These cookies will be stored in your browser only with your consent. You also have the option to opt-out of these cookies. But opting out of some of these cookies may have an effect on your browsing experience.
Necessary Always Enabled
Necessary cookies are absolutely essential for the website to function properly. This category only includes cookies that ensures basic functionalities and security features of the website. These cookies do not store any personal information.
Non-necessary
Any cookies that may not be particularly necessary for the website to function and is used specifically to collect user personal data via analytics, ads, other embedded contents are termed as non-necessary cookies. It is mandatory to procure user consent prior to running these cookies on your website.
SAVE & ACCEPT